“the mainstream startup narrative is owned by VC backed startups who’s success and ambition are often measured by the amount of capital they’ve raise. That’s a fine narrative, but not the only one.” – Bryce Roberts on Indie.vc

I have been focused on furthering the narrative of VC backed startups. From the start of DemoCamp almost 10 years ago, the goal was to find venture fundable companies. It also allowed the use of venture funding has become the default proxy for determining the success of companies and the health of the ecosystem. The more venture capital deployed the healthier the ecosystem with more jobs and greater impact. There are a strong number of Canadian venture funded companies:

Is venture funding the only narrative that matters? There are other companies in Canada that are participants and help define the ecosystem?

“there’s a cultural shift towards taking little to no VC investment, staying independent longer (or indefinitely) without sacrificing the ambition for building large, profitable and impactful businesses”
– Bryce Roberts

There are crazy entrepreneurs across Canada that are building big, impactful companies.

There are companies that are building outside of the narrative of venture capital and venture funding. They are defining their own rules leveraging distribution and monetization paths to companies outside of the venture narrative. These are important companies. I really like Bryce’s description of these businesses as “indie” and not “lifestyle”. Just like independent music, I think it better represents the ethos and motivations of these business owners.

“Can we provide the resources and networks founders would traditionally get taking VC money, without all the expectations and baggage that come with it? Would an early focus on cashflow and sustainability v. fundable milestones stunt growth or lay the foundation for a more scalable long-term culture? Is it possible to maintain and independent attitude and ethos with an outside investor on your cap table? And could these types of companies compete, and win, against their traditionally VC funded peers?”
–Bryce Roberts

It’s exciting to see a venture fund recognize the importance of these independent business. To look at the tools, milestones, connections and content around cashflow, sustainability, recruiting and culture.  Before the funding announcement in July 2014 it was easy to imagine FreshBooks remaining an independent. Mike McDerment has been a fixture in building and supporting independent companies and events like Mesh Conference for the past 10 years. The assumption is that FreshBooks was able to build strong culture and was able to raise financing at their own terms. This is a really interesting time, and it is amazing to see a group of independent technology businesses grow in to large, impactful companies.

As Bryce says, “we’re entering a golden age for Indie businesses”, and I can’t wait to see the companies that it brings.

There is a lot of chatter about calendar being the next native iOS application (much like Mailbox and Taskbox for Mail) that is set to be out replaced by a startup. 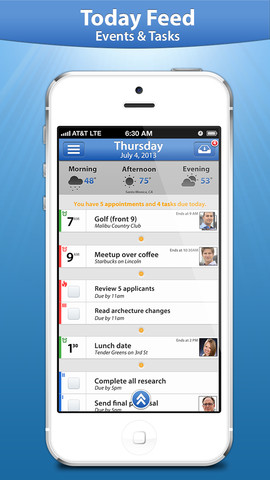 I’m hopeful for Atlas because it has the potential to replace and improve on Tungle.me, ScheduleOnce, Doodle, Skedge and others (see Adam Popescu’s article on Mashable). I’m hopeful that it is as useful a calendar as Sunrise, but the advanced scheduling features are something I still crave post Zaplet (it’s funny, I remember building those screenshots back in late 1999).  The group scheduling application is feature, not a fully functional calendar.

I seem to struggle with  the business model for calendaring applications. I understand why companies like Apple, Facebook, Google and Microsoft need to have applications that are engaging and functional for users on their respective platforms. But it feels like a user acquisition land grab. But one that is focused on engagement and not monetization. I guess a queue of >500,000 users can net you an acquisition around $100MM users. 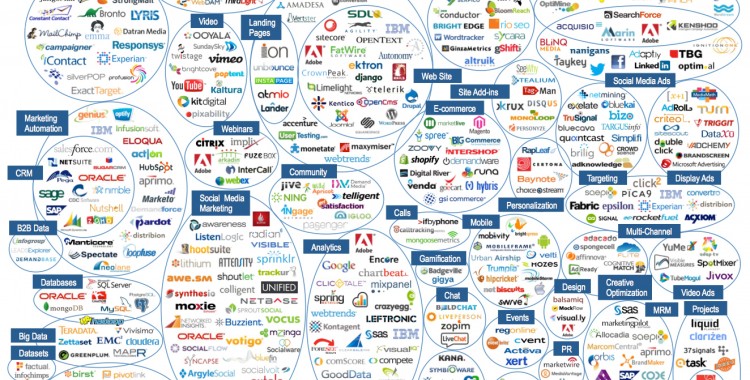 Scott Brinker Follow @chiefmartec provides a must read summary of the 5 meta-trends that underly most modern marketing.

The post lays forth a strong foundation for marketers and investors looking at understanding the competitive landscape of different offerings. Interestingly as a practitioner it also provides a great summary of the tools available to enable potential tactics. There are a few logos and companies I think are missing in the landscape, for example, Calls section is missing Twilio and Voxeo/Tropo. And the diagram is missing the entire SMS marketing enablement which are both part of the breakdown of VoIP and SMS through programmatic APIs. I am also trying to figure out where in the list to put Influitive, Custora, Totango, Spinnakr, Bloom Reach and a few others. It is an amazing list. There are a few new companies that I need to check out and learn more about.

Marketing technology, if you believe the infographics and Gartner, that marketing will spend more on technology by 2017. There are an incredible proliferation of new tools available to marketers and product developers. Here is a short list of the tools that I have been evaluating for automating different parts of the marketing process.

A combination of Pipedrive CRM System and HubSpot for the CRM (I just love the stage view for Pipedrive, it’s like Trello or Asana for sales) and then adding Intercom or The Sunny Trail and Spinnakr for specific situations.

What marketing automation and customer engagement tools are you track?

The team at KISSmetrics has provided a B2B Marketing Guide infographic. Some of the facts I found interesting: