The team at KISSmetrics has provided a B2B Marketing Guide infographic. Some of the facts I found interesting: 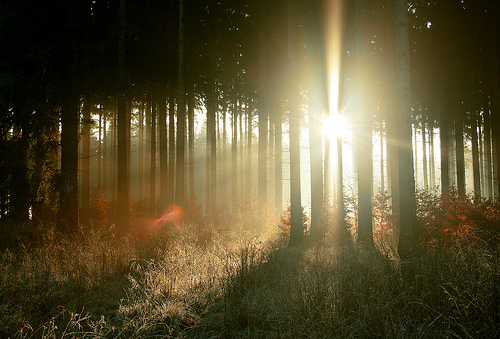 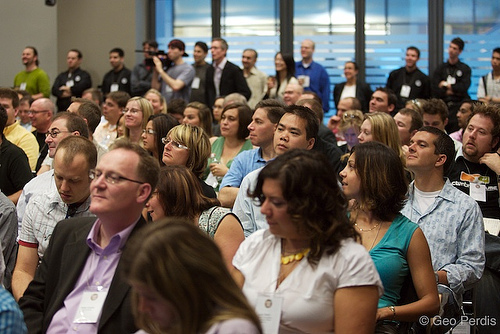 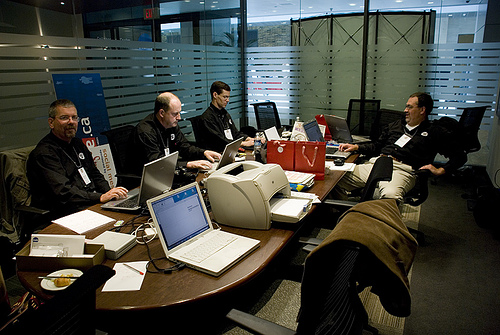 I am not a huge fan of design contests as a motivator or educational tool. However they seem to work, there are business plan competitions like Moot Corp, SIFE Student Entrepreneur Competition, MIT $100K, among others. They do define external criteria, timelines and rewards help structure the process. That aside there is a new competition happening at Mohawk College in Hamilton focused on building “technological solutions to real-world challenges sponsored by health care organizations”.

Ever since I had a heart attack at DemoCampToronto6 I have had a renewed interest in personal health technologies. This shouldn’t be a surprise given that my undergraduate degree in Kinesiology in the Faculty of Applied Health Sciences (ask me about how a 17 year old makes decisions about educational programs, and I did seriously want to be an orthopedic surgeon until I realized I’d have to work with sick people). I’ve been interested in reimagining personal health technology:

I have friends at BodyMedia, Massive Health and other organizations that are doing some amazing things. I am fascinated with the change in delivery and practice engagement that Canadian companies like HelloHealth and Myca. So I am impressed to see  Apps for Health that presents a series of challenges:

Teams are then required to do the necessary research, design and iteration to build a presentation. You can think about this as the initial pitch session whether for funding, recruiting, customer development, etc. Teams create a 10 minute presentation that “demos” the solution.  The goal is to concisely present your idea and demonstrate:

What’s the best way to present this? Technical details? Screen shots? Demos? Simulators? etc. Up to each team. You need to demonstrate impact and win hearts and minds. I think I’ll look at forking out the $50 to attend including the drive to Hamilton.

The folks at KISSMetrics and oneforty have co-produced a great infographic about Social Media Monitoring Tools. Great to see my friends BackType, PostRank, HootSuite and Radian6 mentioned. The guys at Lymbix need to do a little more work acquiring customers with TweetTone, maybe next year. There article ended with some interesting observations about the Social Media Monitoring marketspace including:

From What are the best social media monitoring tools? or download a high resolution PDF 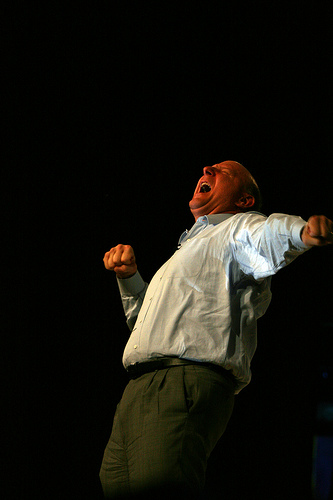 Some rights reserved by Nick, Programmerman

Gary Rivlin at Fortune Magazine has some recent articles about Steve Ballmer and Microsoft senior management (The problem with Microsoft… & Why insiders think top management has lost its way). The articles make great fodder given the rise of Apple to be larger than Microsoft in both market capitalization and revenues. What is strange is that I love both of these companies. I’m an ex-Microsoft employee. It was a great place to work. And I have been an Apple fanboy for a long time  (spending my entire signing bonus in 1997 on Apple stock). Let’s be clear Microsoft is still a large powerful company, they have just lost their way in defining the next generation of technology, business models, and customers.

Still, Ballmer needs to do something to shake Microsoft from what, at best, seems to be a textbook case of corporate ennui: MIT’s Michael Cusumano, who has featured Microsoft in several books, including the new work Staying Power, sees a company hopelessly stuck in neutral, in no small part because Microsoft has a weak board and no one expects Bill Gates, the company’s top shareholder, with about 5% of shares outstanding, to oust the CEO, who was the best man at his wedding. “Ballmer has been a good steward of Windows, and that’s about it,” Cusumano says.

Gary Rivlin nailed my feelings and analysis on Microsoft in The problem with Microsoft…. Microsoft is a juggernaut. But the markets and choices are evolving. There are a few successes like Silverlight, Kinect, XNA and Office. But generally the article highlights deeper structural and cultural issues.

There is lots to love about Microsoft. But I think there are even more concerns for the future. Just look at what the latest generation of big web companies are building on: Yahoo! (PHP, MySQL, Hadoop), Google (Java, Python, BigTable), Facebook (PHP, memcache, Cassandra, Linux), LinkedIn (Solaris, Tomcat, Oracle), Groupon (Java, Salesforce, EC2, Zynga (PHP, MySql, AMF), Quora (MySQL. memcache, PHP). Sure there are shining examples of companies building on SharePoint and SQL Server and Azure, but do they have the size and scale of those previously mentioned? And look at the fight for mobile developers. Appcelerator’s quarterly developer survey shows percentage of developers “very interested” in developing for different platforms: iOS (91%); Android (85%); Windows Phone (29%); sure it’s a head of Blackberry (27%). But this just reinforces my concerns and disappointment. Microsoft is a huge company. And I hope they can continue to build world class products, markets and inspire future developers.