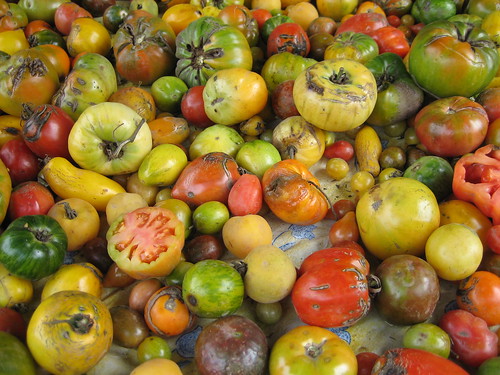 I’ve had a fascination with startups since the mid-1990s. I’ve worked for a few software startups of various sizes. I hope that I’ll be able to work for a successful software startup in Toronto. I read Paul Graham’s commentary about startups, startup hubs, Silicon Valley, and why creating a strong startup hub in Toronto is going to be very difficult. I read this and I also think that Paul is focused on bringing startups to his Silicon Valley (Y Combinator is headquartered in Mountain View [April 29, 2009]) and this may influence his results. However, his logic is really good. Joey has written extensively about “Ideas to steal from Silicon Valley & Seattle”. I don’t want to rehash the basic logistics of what parts we can repurpose locally.

But he hits on 2 unexpected methods for helping to put regions on the map.

In my humble opinion, much of the Toronto startup activity falls in the “random factors” category. I like many of the startups and founders in Toronto want to be here. We choose to be here.

Silicon Valley is where it is because William Shockley wanted to move back to Palo Alto, where he grew up, and the experts he lured west to work with him liked it so much they stayed. Seattle owes much of its position as a tech center to the same cause: Gates and Allen wanted to move home. Otherwise Albuquerque might have Seattle’s place in the rankings.

Many of the startups and founders in Toronto feel the pull, i.e., the gravitational forces, of existing startup hubs. Look at companies like Kontagent that have offices in SF and Toronto. Founders either succumb to the gravitational forces, or for random factors choose to stay in a location. And many choose to stay, or return to Toronto after relocating to the greener pastures of Silicon Valley. There are many cultural, socio-economic and political reasons to be in Toronto.

Another method presented is that governments can stoke change and a self-sustaining startup ecosystem.

The most likely scenario is (1) that no government will successfully establish a startup hub, and (2) that the spread of startup culture will thus be driven by the random factors that have driven it so far, but (3) that these factors will be increasingly outweighed by the pull of existing startup hubs.

It’s possible that like Quebec, we might be able to create a series of funds and make it possible to pay startups to relocated. I’m not suggesting that Quebec is paying entrepreneurs to move to Montreal. I’m suggesting that with the creation of large enough funds and great people, like Austin Hill, John Stokes, Chris Arsenault and others, Quebec, has gone a long way to creating the potential for “self-sustaining chain reaction[s]”.

But I suspect that it is the random factors that will matter most. It is the people that choose to live in Toronto because of culture, the transportation system, the healthcare, the diversity, openness, etc. Read Who’s Your City? for more details about the factors that make a city attractive for different life stages. But it says that setting up an startup accelerator will make no difference on the startup scene.

People sometimes think they could improve the startup scene in their town by starting something like Y Combinator there, but in fact it will have near zero effect. I know because Y Combinator itself had near zero effect on Boston when we were based there half the year. The people we funded came from all over the country (indeed, the world) and afterward they went wherever they could get more funding—which generally meant Silicon Valley.

The decision to evaluate the methods, activities and benefits of running a cohort based program for startups should not be based around a theory that it will create a self-sustaining chain reaction of startups. We need to look at the motivations for different groups in running a regional incubator (I hate this term, it’s like we’re hatching eggs). If a startup accelerator/incubator/early-stage fund is the answer, I’m left wondering what was the question.

Maybe the question is: how do we make Toronto more “attractive and supportive of enterprising individuals and innovative new businesses”? – Opportunity for Entrepreneurship [PDF] – Martin Prosperity Institute

“Schumpeter described the entrepreneur in heroic terms, standing above the crowd and creating new market spaces, or more favourable conditions for others to follow.”

Many of the activities discussed in Incubators, accelerators and ignition, are about the infrastructure and benefits to entrepreneurs that a cohort-based funding, training, and mentorship program could bring. Providing access to a common legal documents and a funding coupled with mentorship, training and access to markets is the key benefit of the systematic approach.

Researchers have detailed the fundamental characteristics that must be present within the regional economy to support start-ups – access to finance, business mentorship supports, access to markets, however, only recently have efforts been made to systematically understand why some regions are fruitful regions for entrepreneurs while others stagnate.

This is likely owing to the size and sophistication of the local market, access to networks extending both locally and afar, and the fact that many highly-skilled entrepreneurs will be drawn to these regions for their institutional resources and cultural amenities available in these larger metros.

The goal is not to replicate Silicon Valley, but to provide a stronger, supportive and more attractive market to enterprising individuals and new businesses. We need to identify the paths, and celebrate the stories and people in our community. We need to build a culture of connection to help provide entrepreneurs access to the networks and markets.

We are NOT Silicon Valley. Nor should we strive to be.

We need to look at the world-class events, activities and people in the city. Like:

It’s not a comprehensive list. It’s not meant to be all inclusive. They are people and institutions doing things in Toronto, differently. They are part of the random factors that keep me in Toronto. We need to look at the business models, the networks, the access to markets (locally, nationally and globally) that we, as a community, bring.